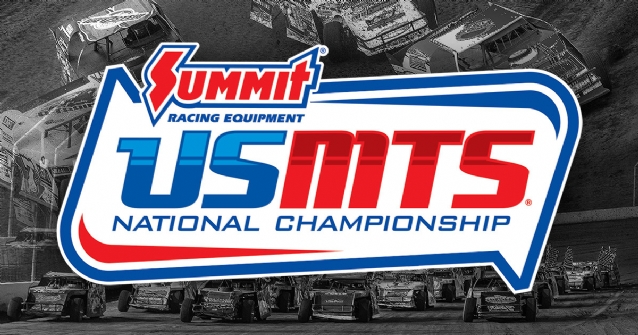 Following up the most aggressive and richest campaign ever in 2021, officials from the United States Modified Touring Series have announced the biggest and boldest schedule yet for the 24th season featuring the nation’s premier dirt modified outlaws for the 2022 Summit USMTS National Championship.

Forty-three nights of racing are on the calendar, and just the winners of those main events are set to take home $310,032 with more than $1.3 million in prize money earmarked for those shows.

As if that weren’t enough, more than $240,000 is committed to just the top 10 finishers in the final 2022 points standings of the Summit USMTS National Championship.

Just like last year, a paycheck for a record-tying $70,000 is reserved for the 2022 USMTS National Champion while each of the top 10 are guaranteed no less than $10,000 in points fund money.

The 2022 campaign lights the fuse with the 12th Annual Texas Spring Nationals on Friday and Saturday, March 4-5, at the Rocket Raceway Park (formerly 82 Speedway) in Petty, Texas.

Action wraps up Halloween weekend with a trio of $10,000-to-win events including the 3rd Annual Modified Spook-tacular on Saturday, Oct. 29, at the 81 Speedway in Park City, Kan., where the 2022 USMTS National Champion will be crowned.

Along the grueling dirt road that has produced just eight different USMTS National Champions in the previous 23 seasons, fans and drivers will visit legendary facilities hosting long-time USMTS classics, new and exciting venues, inaugural events and some tracks returning to the schedule after a multi-year absence.

More information regarding each event will be forthcoming in the next few weeks. The schedule is subject to change. For the latest schedule updates go to USMTS.com.

Dereck Ramirez is the defending USMTS National Champion. The 35-year-old from Woodward, Okla., had a memorable back-and-forth season-long battle with Jake O’Neil, but emerged atop the standings at the end of the campaign.

Just one day after his 300th career start in his fifth season with the series, Ramirez broke through for first USMTS win on Nov. 19, 2011, at the Royal Purple Raceway (formerly Houston Raceway Park) in Baytown, Texas. He won again the following night to notch the second win of his career.

Send an extra $5 for shipping and a note saying what sizes you are wanting.
© Copyright 2023 grantjunghans.com